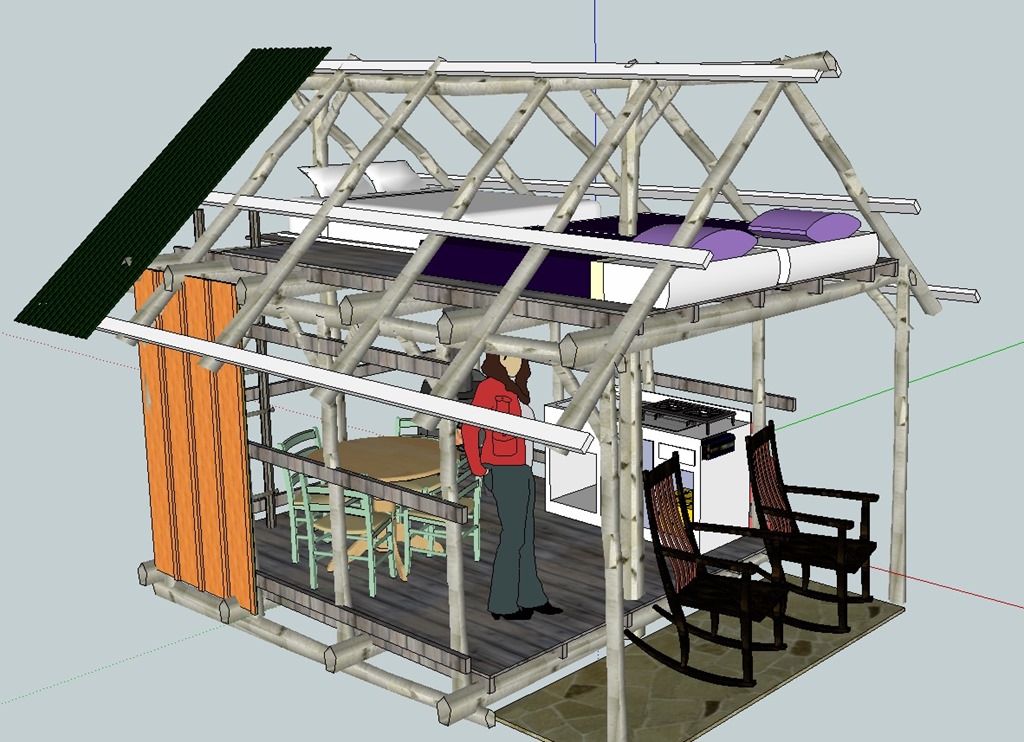 We originally planned on building a hut using on hand materials for most of the framework and purchasing little as possible from home improvement stores to create a shelter that would meet our requirements. We needed a shelter that could be constructed quickly, would be water tight and last at least two years. Putting some thought in this original idea we decided it would take too long to finish the temporary shelter and we would probably end up spending quite a bit of money on roofing, flooring and insulation materials…. 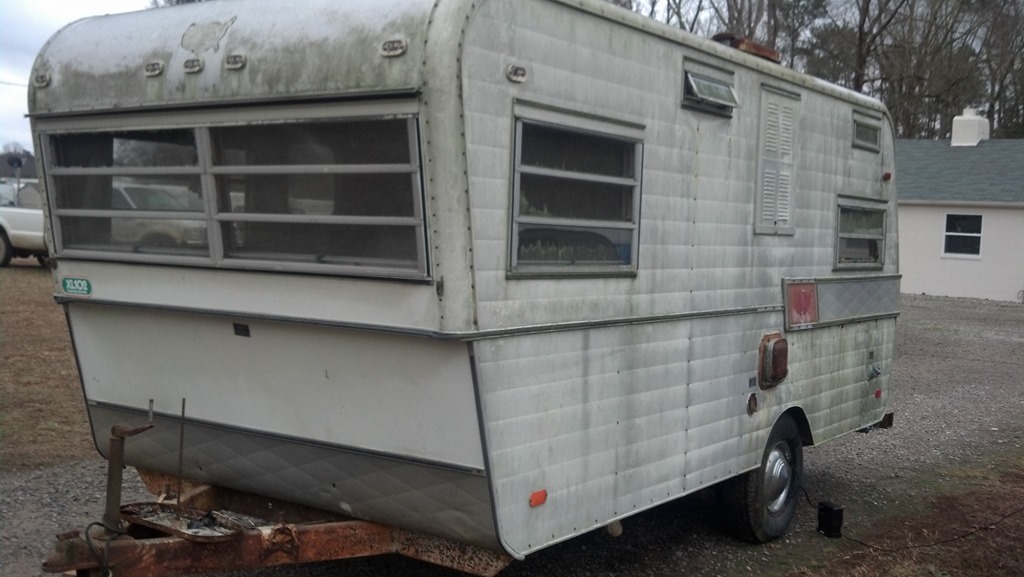 After some fairly intense web surfing we realized our choices were extremely limited. There were a fair amount of Pop-Up style campers that met the budget, but most required some sort of canvas repair. The only one we went and looked at had an electric furnace…not going to work out on our property. We have no power out there.We decided to restrict pop up style campers from our search because I felt the canvas just wouldn’t hold up over time, it seemed like it would be cold due to no insulation and I didn’t want to have to raise and lower it every time I go out to the property.

The choices were extremely limited in my area for campers that met our requirements. After a few weeks of looking around we found a 16′ 94 camper going for 1200. It was set up in a mobile home park and had been used for who knows what for many years…We just kept getting a grossed out feeling while we looked around in it and couldn’t bring our selves to get it. It was just gross! Then we came across one going for $200 and spare dollar signs started clouding my judgment. I talked the guy into $100 bucks and bought the most rotted out camper you will ever see. 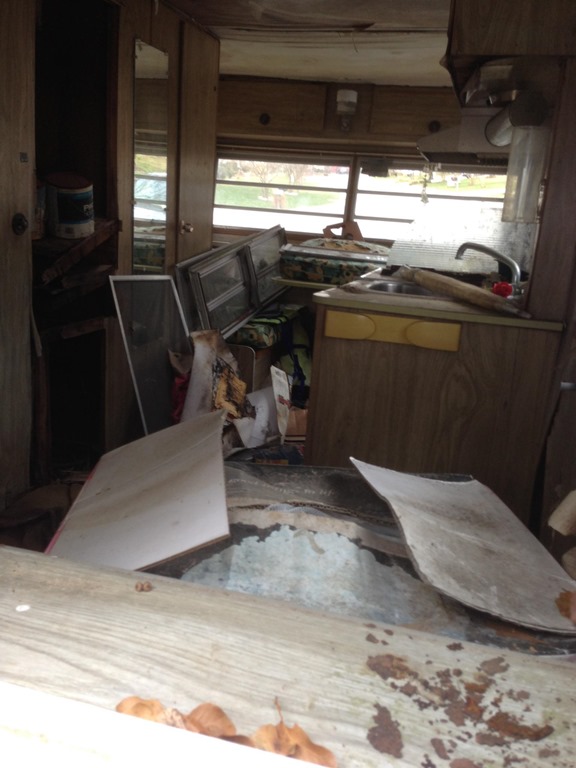 Angels had to be with me as I pulled the old camper (~1958) on an hour journey back to my house for a quick overhaul on its original 1958 tires. I am so lucky the tires didn’t blow. Once I pulled it into my driveway the clock started ticking… I live in a neighborhood that has a home owners association (HOA) with strict rules of no campers parked in the drive way. Especially the ‘Sanford and Sons’ junk camper I brought home. My wife wouldn’t even go outside for a while because she was that embarrassed.

Once I got it home I realized just how big of a mistake I had made….Wow, what was I thinking!!! Stupid dollar signs! Oh well, it was here now and I had to make the best of it. The worst part of the whole thing was burning 3 days of my extremely valuable vacation to get it to a point where I could pull it to the property and finish it there. I ended up having to completely gut it down to the metal frame of the the floor and remove 75 percent of the wall paneling and insulation due to water damage. All of the furniture, wiring and appliances were ripped out. I only salvaged one propane light, the stove, and sink…the rest went to the dump. I put a new floor in it and fixed up the walls by making a new wall on the inside and attaching the frame work to what little original wood was not completely rotted away, then pulled it to the property.