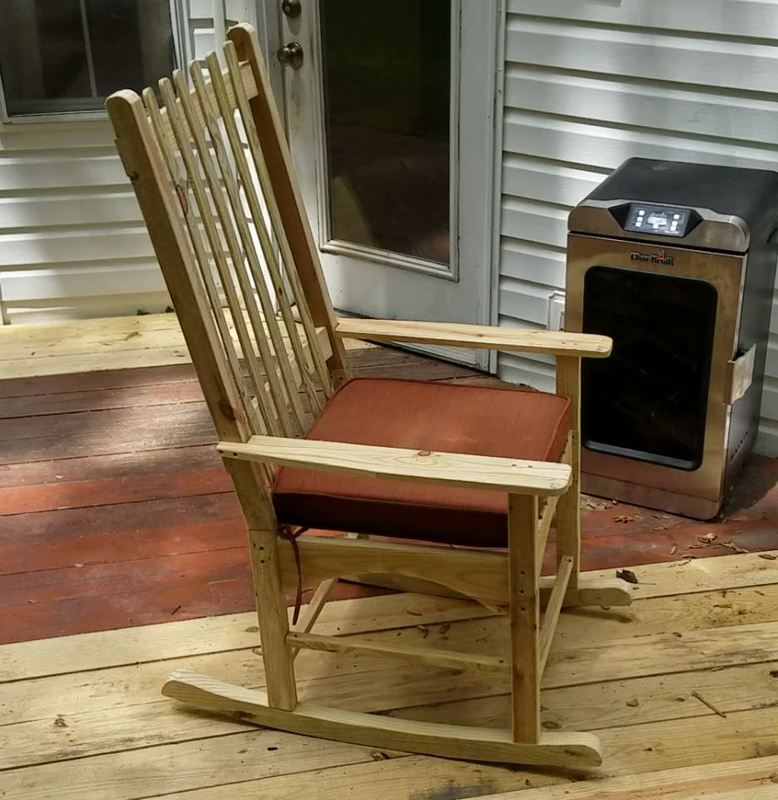 During the design of this rocking chair, I tried to keep in mind the build process as I went along to make everything as simple as possible. Most of the joinery is simple to cut out with a datto blade, but that isn’t even necessary. I did have one part that required a large radius to be cut out of a 2x6 to make the back rests. That ended up being a hard cut to make and once I was finished I realized it could be built from a straight cut board without too much impact to comfortability.